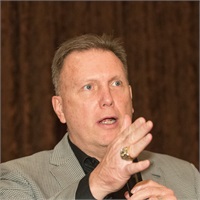 Tony Michalek is Chief Operating Officer for Our House Wealth Advisors and spearheading the College Planning program assisting families in choosing which colleges are the best fit, scholarship options and how to plan for the monetary impact before, during and after college.

Tony has almost 30 years in the financial industry include working for over two decades on the floor of the CME as an independent trader. The frenzied trading pit duties included research, managing risk and executing successful trades within the interest rate and foreign currency markets based on released government economic indicators. In 1999, Tony expanded his business in Chicago and served as Senior Derivatives Advisor with a Series 7 license for a Global CTA Hedge Fund. Aside from contributing in the creation of the market neutral funds, he served as wholesaler, presenter and key negotiator to investors, broker/dealers and institutional retirement funds.

Outside of the financial industry, Tony is in his 19th season as a NFL Referee in the umpire position and was on the officiating crews for Super Bowl's XLII and LI. He's received playoff assignments 17 of the last 18 seasons including two Conference Championship's and the 2018 Pro Bowl. Prior to the NFL, Tony officiated in the Big Ten Conference, Notre Dame, CFL and NFL Europe. He also played football in the Big Ten Conference at Indiana University.